Last month, the Institute on Disabilities at Temple University — home to Pennsylvania’s Initiative on Assistive Technology (PIAT) — partnered with Canadian-based Makers Making Change to hold an assistive technology buildathon. The event took place at the NextFab makerspace in South Philadelphia. NextFab members and others assembled devices called LipSyncs: innovative, open-source, sip-and-puff joysticks developed by the Neil Squire Society and funded by the Google Foundation. Now persons with disabilities in Pennsylvania may borrow LipSyncs free of charge for up to 4 weeks and, perhaps for the first time, access a computer or mobile device. 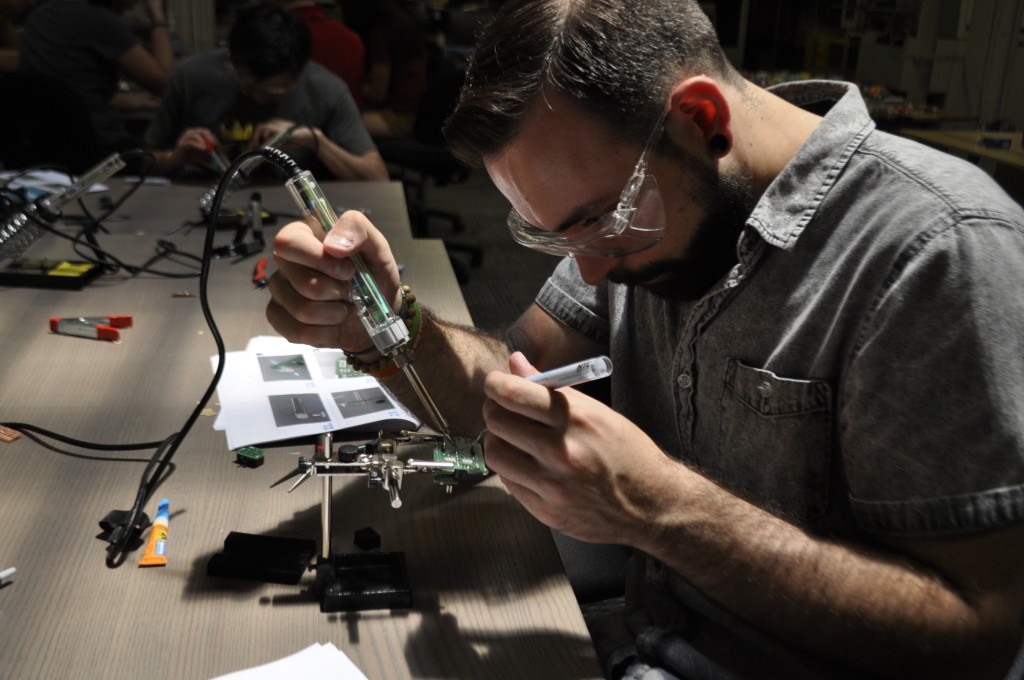 “This is an opportunity for you to build an assistive device, and to apply your knowledge and skills to address a real world need of a person.”
–From the Nextplex.com (maker community) calendar

Similar commercially-available devices cost $1,500; a LipSync costs out to about $300 (funded by Google!) and goes above and beyond the functionality of what is available in the AT marketplace.

This is exciting stuff! In AT and the Geek Golden Age, we explored the interest maker communities are showing in assistive technology. We recognized the emerging role State AT Programs are taking to partner outside of the usual disability networks and engage these geeks (with the help of ATMakers) and mentioned there were former White House Senior Advisors on Making now focused on Makers for Global Good. This event connects all these dots.

Makers Making Change organized the event as part of the National Week of Making (an initiative of Stephanie Santoso and Kate Gage, formerly of the Obama Administration, and their new non-profit, Nation of Makers). Pennsylvania’s Initiative on Assistive Technology (PIAT) was a logical local partner for getting these devices to individuals who can use them and potentially inspire community members to build more.

All told, 17 LipSyncs were made at the buildathon, and 5 became a part of the PIAT Assistive Technology Lending Library. The library provides loans of equipment for 4 weeks at a time to individuals with disabilities at no cost. Borrowers can see if a device is effective for them and, in the case of LipSync, determine if building one is worth pursuing. (Every State and Territory AT Program provides short-term device loans.)

In addition to gaining devices for the lending library, the buildathon introduced PIAT to the NextFab community. “We are already in talks about future collaborations,” says Russ Goldstein, a PIAT project coordinator. Buildathon attendees ranged in age from 13 to 65, reports Goldstein, and included skilled designers and engineers as well as hobbyists and complete beginners. In the future, should a PIAT borrower want their own LipSync, there is now a trained community in the wings with the know-how to approach for support! 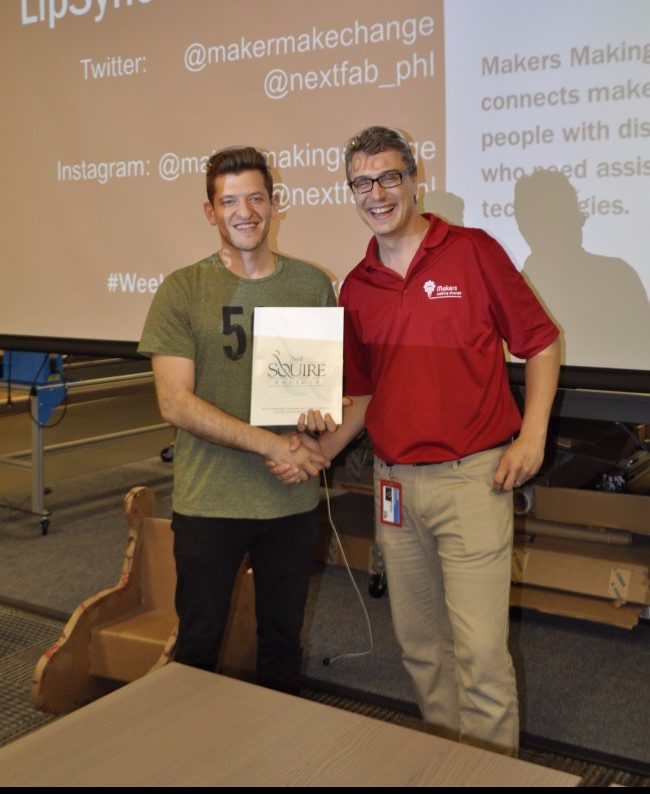 Makers Making Change and NextFab took the lead with recruiting builders, printing parts, and ordering all the materials. “They made everything smooth and easy,” says Goldstein. Upon arrival, attendees were handed a LipSync build kit and detailed instructions. “Personally, I had never used a soldering iron before,” he notes, “but after a short tutorial I was well on my way, and by the end of the event, I had fabricated my very own LipSync.”

Chad Leaman, Makers Making Change Director of Development, first learned of PIAT at an American Occupational Therapy Conference in Philadelphia. Now Leaman says he’d like nothing more than to have a LipSync buildathon with every State AT Program. “Our model is to create, at the local level, ways for people with disabilities and disability professionals to connect to the maker movement.”

Goldstein is equally enthusiastic: “It was an absolute privilege to collaborate with Makers Making Change and NextFab to make the LipSync buildathon happen in Philadelphia.”

Makers Making Change plans to create an online library of open-source solutions as well as an automated way of introducing individuals who “need a build” to local makers who can help. They hope to launch their full website by the end of the summer. In the meantime, interested parties may sign up at www.makersmakingchange.com.

Free AT Webinars in August