Beyond the ATIA Maker Day…

The boundary between who is using, designing and making assistive technology (AT) has always been porous. At the conference of the Assistive Technology Industry Association (ATIA) this past week, I was reminded of this fluid relationship again and again.

ATIA held its third annual Maker Day on Saturday, the last day of the conference. Yet throughout the week, if you looked closely, the maker spirit was everywhere.

First, I had the pleasure of spending time with Adriana Mallozzi, inventor of a unique mouth-controlled joystick for mobile device access. She’d come to the conference as part of a panel of AT Entrepreneurs.

We met up at the ModularHose booth where she pointed out various mounts she uses in addition to their water bottle system with a long Loc-line straw. “Check out my adapter!” she directed, nodding toward one side of her power wheelchair. Adriana knows I’m interested in what she creates. In December I published a profile of her and her Puffin startup, digging into her maker roots.

Adriana Mallozzi at the ModularHose display at ATIA 2020

“I hate drinking warm water,” she explained, as I scanned her equipment. On the back of her power chair was a 3D-printed adapter connecting an insulated water bottle to the cap of her Loc-line straw. It was cracked with continuous use.

Adriana smiled, anticipating my question before I could ask it, “Yes, the company now has plans for an insulated bottle.”

If you look closely in the exhibit hall, this sort of give and take is happening throughout the venue. Vendors and inventors are listening to users, families, and service providers, gathering feedback about their software and hardware, making connections that often inform software updates and hardware redesigns. Sometimes attendees are gifted free products for their troubles. And sometimes they look around and get inspired to build “a better mousetrap” themselves.

On Friday at the AT Entrepreneurs panel, the small space was packed and the discussion became dynamic and intense. Passions to solve problems for self and others animated the room. A young man who’d been creating AT solutions for family members with disabilities shared how he’d been told he could go no further without an engineering degree.

Adriana strongly disagreed. “We have a body of knowledge and a way of seeing they can’t dream of having.” (Her startup recently received its first patent.)

By Saturday, I strolled into ATIA’s third annual Maker Day event expecting to snap a few pictures before slipping out and heading to the airport.  I’d already covered the ATIA Maker Day and ATinNH’s AT Makers Fair for the blog in 2018.

What I found thrumming there, however, held me much longer. The number of exhibitors looked, perhaps, smaller than in 2018, but the surprise was the participants. Throngs of parents, therapists, and others hovered over tables with a focused intent I hadn’t seen before. 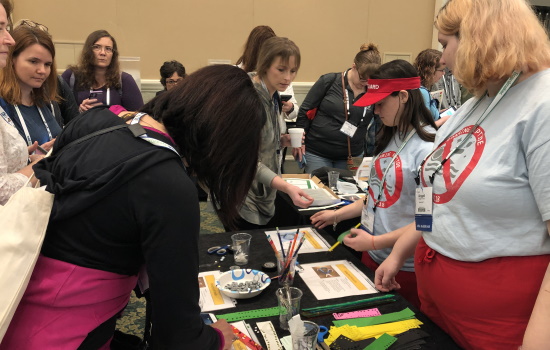 Clearly, attendees now knew what this was: an opportunity to solder a switch, fabricate a tactile ruler, fold and tape an adjustable tablet stand, and more. They’d come to learn about making devices for a fraction of the cost of specialized products, devices that are quickly customizable for their intended user, devices that may not otherwise be available, devices such as …

At the front of the Maker Day space, I was greeted by a robotics team soldering from Orange Technical College.  They were creating adapters to connect wheelchair joysticks with video games via Microsoft’s new Xbox Adapted Controller. 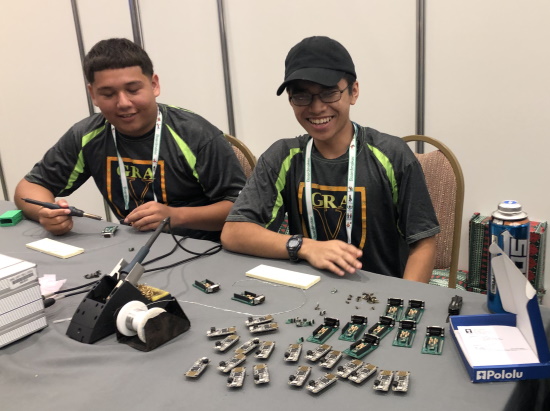 Dubbed the Freedom Wing Adapter, their device allows power chair users to play with the joystick they’ve already mastered . . .  and demolish an opponent in a virtual world. There’s nothing yet like it on the marketplace.

Bill Binko is ATMakers’ founder and the driver behind ATIA Maker Day. He has plans to release instructions for making the Freedom Wing Adapter at ATMakers.org (this is a joint project with AbleGamers Charity). The adapter is part of a wave of making that is inspired, at least in part, by the numerous ports built into the new Xbox Adaptive Controller. Those ports allow additional switches and endless adaptability (check out Brian Bard’s switch configuration and words of thanks to the young makers of Jericho Adapts Toys). 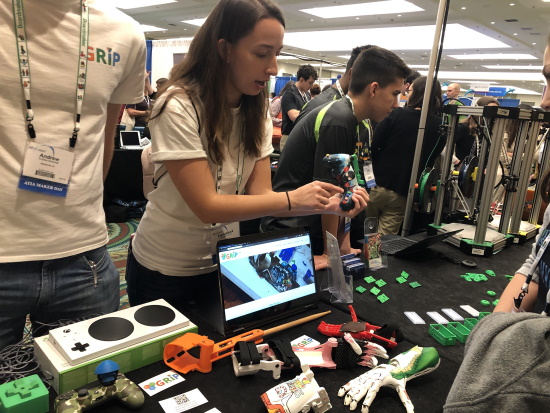 At the back of the venue were more displays of gaming devices, as well as 3D printed prosthetics, some hand-painted by Florida University art students.

Beyond the Orange Technical College students, I spied Therese Willkomm, Director of ATinNH, in her happy space. Therese is the author of several volumes of AT maker recipes and appeared to grow arms as she demonstrated and instructed to a rapt audience. I could not get close enough to view what she was building, but low-tech fabrications flanked her on either side. Soon I felt pulled to where volunteers assisted more builders.

The airport would have to wait. 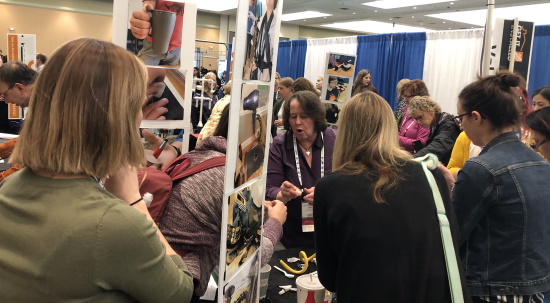 Here was a chance, I realized, to solve the problem I’d grieved since receiving my fourth-generation iPad Mini for Christmas. Before flying to the conference, I’d jammed the tablet into a first-generation case because nothing I could find would support typing on my lap.

Now, with the help of a volunteer, I snapped corrugated plastic at score lines to create an adjustable stand with the support lip that cases today are lacking (grooves are not enough!) 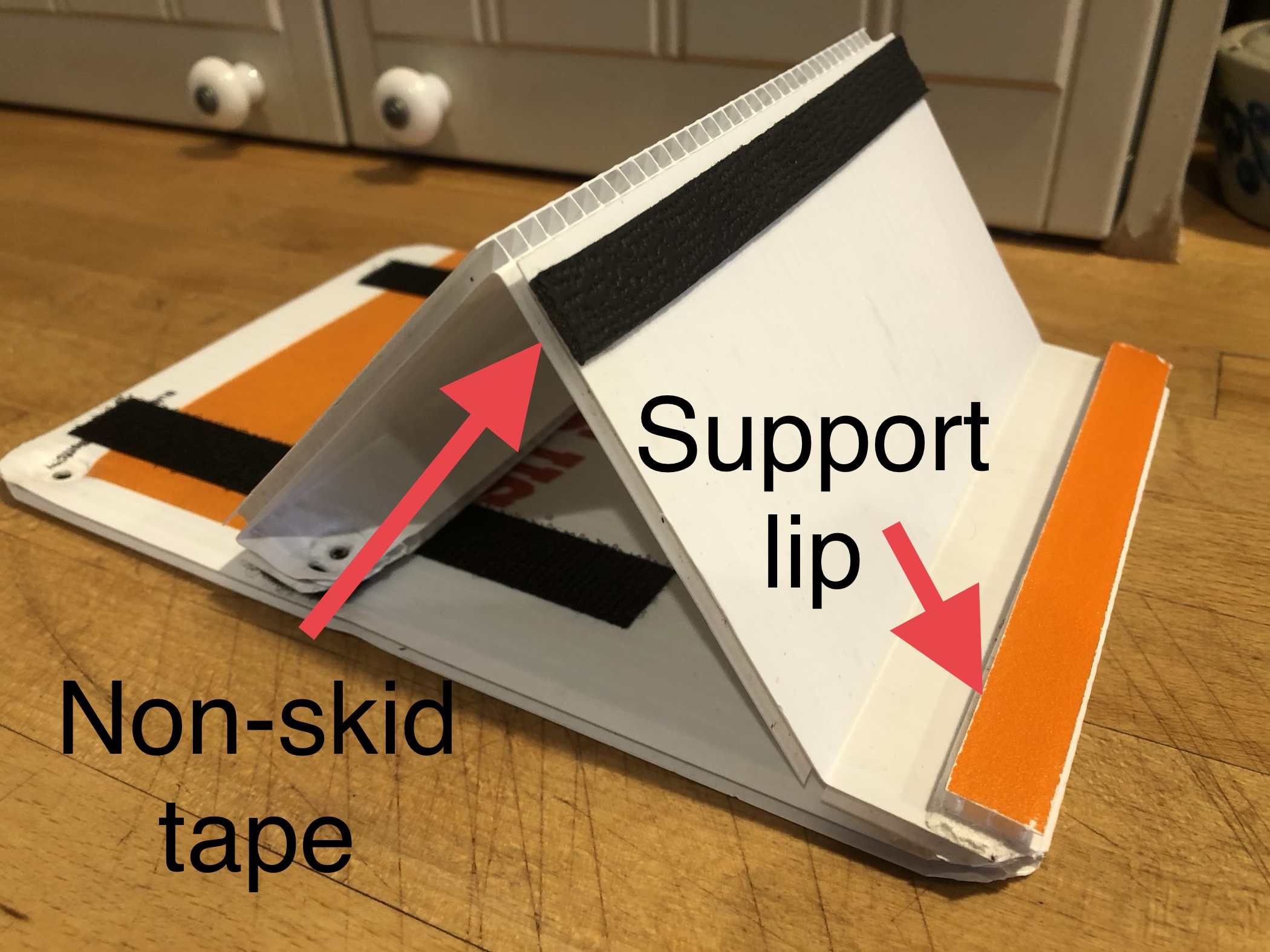 This was surprisingly satisfying. Half the pleasure, I found, was altering the design just a tad, adding more non-skid tape so I might use it awkwardly in bed. 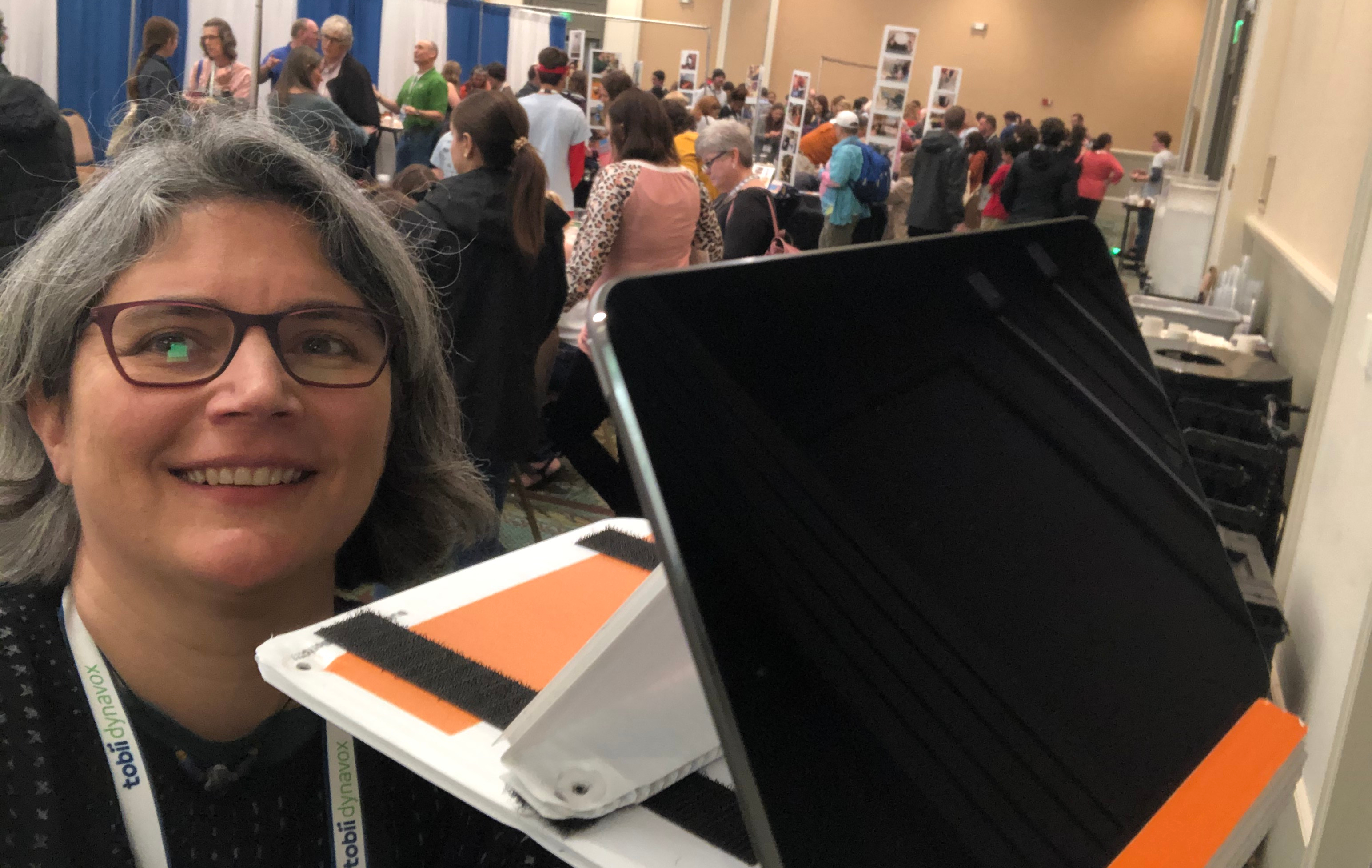 Before heading to the airport, I exited through the main exposition hall where dozens of vendors and organizations displayed their wares. Perhaps not all ATIA vendor members are happy to see a maker movement sprouting up beyond the poster sessions, attracting so much of a conference-goer’s attention on their last day of ATIA. I silently mused on this as I stopped to admire a beautifully designed one-handed keyboard. 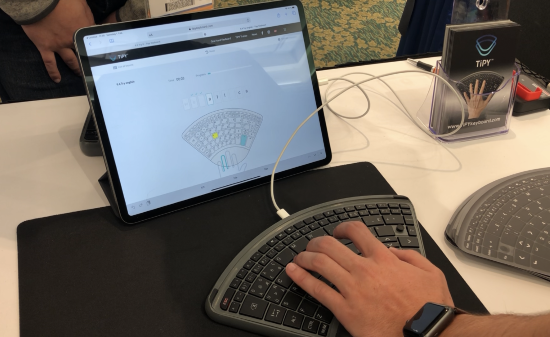 The vendor explained its concept and the software that teaches users to master a new way to type.  That’s when I noticed I wasn’t alone. A young man had joined us, was soon asking questions and quickly hands-on. The vendor brightened.

It was another kind of give and take in the expo hall, one that perhaps helps drive forward the future of an industry. Here was a Florida college robotics student who truly appreciated what this man had created and wanted to know much much more.

Get in on the AT maker action! Plan to attend the AT Makers Fair: Make AT for All scheduled for October 24th, 2020 at the Grappone Conference Center in Concord, New Hampshire! 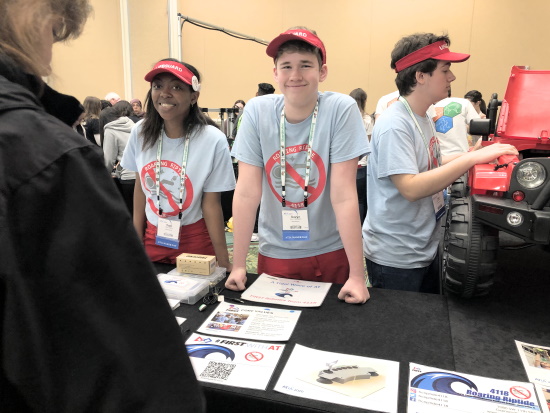